Here’s a briefing on this week’s news in media and technology that’s too important not to share.

Despite growing privacy concerns and regulations, Forrester Research expects US digital media spending to grow by nearly $50 billion over the next five years. With less options for hyper-targeting, brands will rely more on less-intrusive ads such as paid search, more engaging formats within social media, and contextually targeted in-stream video. Read more in their new report, “The US Digital Marketing Forecast 2018 To 2023.”

Facebook CEO Mark Zuckerberg announced this month that he plans to shift Facebook into a private messaging platform for social networking. His sudden and ardent push to protect users’ data privacy doesn’t add up until you look more closely at the platform he wants to mirror. China’s WeChat doesn’t depend on advertising for revenue. Instead, it earns commission on every transaction within its widely adopted mobile payments system. It’s a smart move as the number of active Facebook users continues to decline, especially among users younger than age 25. This week’s Instagram announcement of an e-commerce check-out feature within the app may be a first step in this direction.

New data from Edison Research shows podcasting has reached a milestone, with 50% of Americans saying they have listened to one, and 62 million listening on a weekly basis. The growing adoption of smart speakers is likely driving much of this growth, plus Spotify is investing heavily to expand the channel. It’s still early and audiences are small, but podcast ads can give a targeted boost to a multi-channel campaign with host-read ads and branded sponsored series. Here’s a handy chart for perspective on reach: 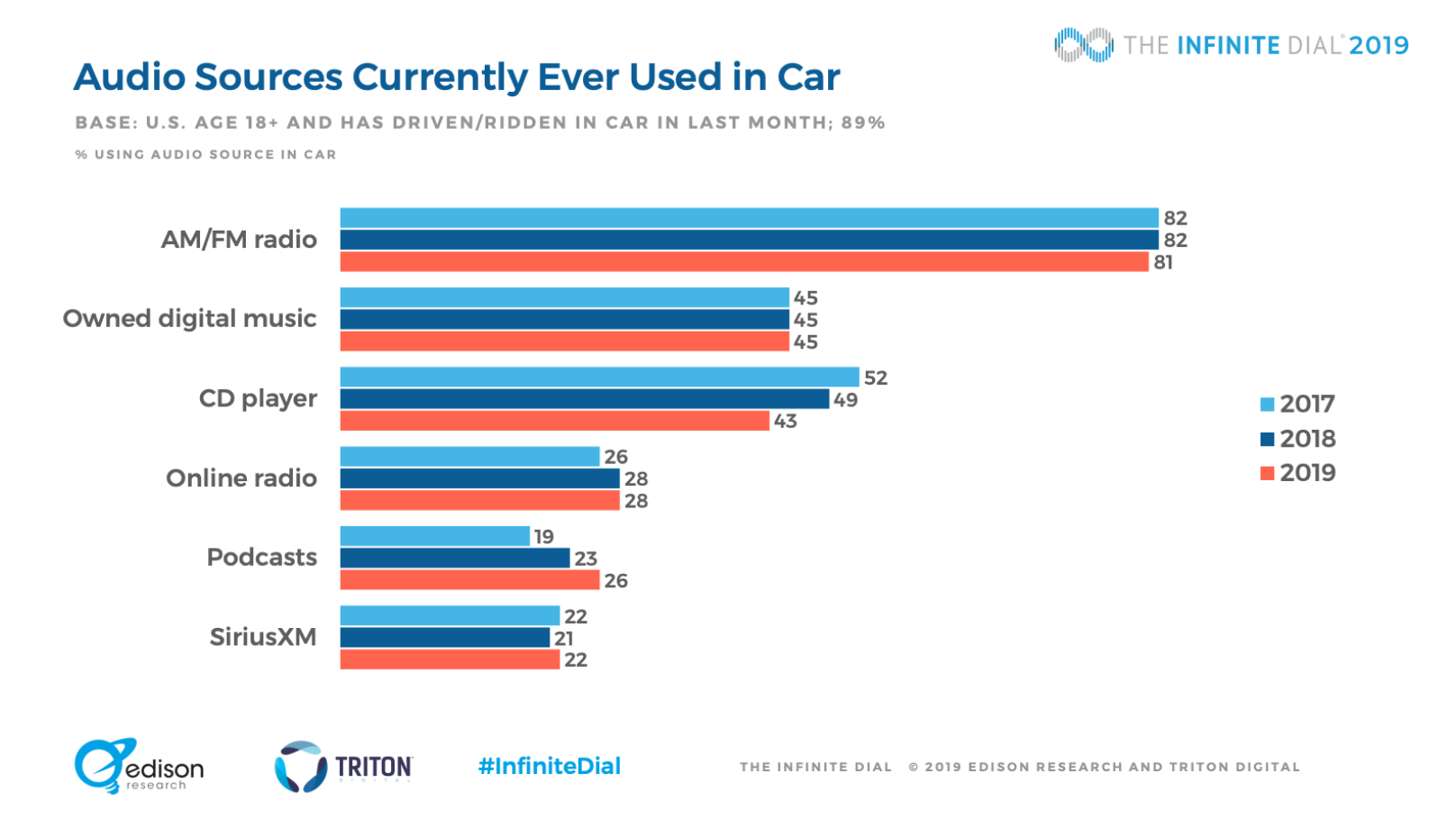 What happens when you mix ads across both TV and digital? Something pretty wonderful. TV’s unduplicated reach can’t be beat for now, but adding digital to a TV buy increases incremental reach as much as 18% based on new data from Nielsen. 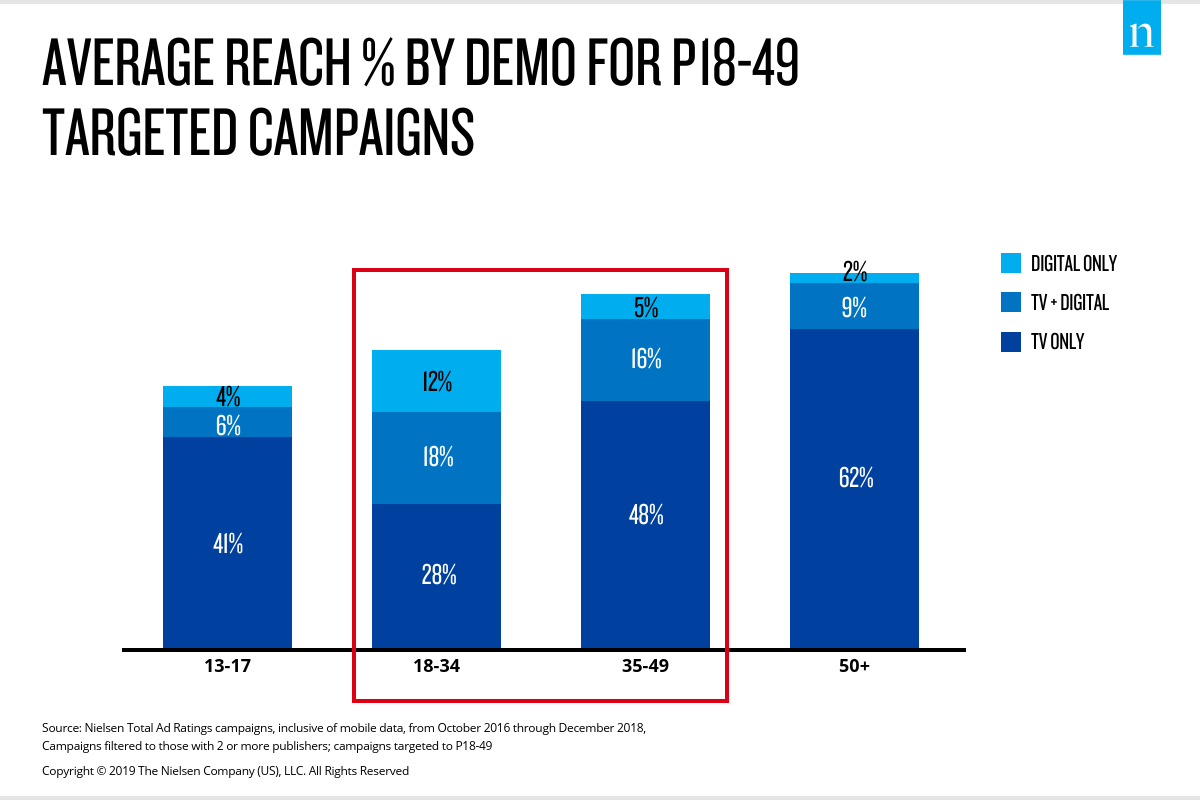